Skip to content
HomeRestoring sanity to Apapa with Operation Gbale 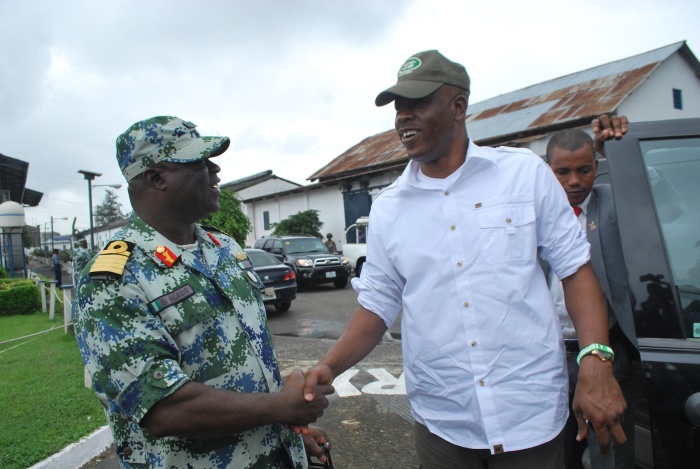 Minister of State for Defence (right) arriving Apapa for his inspection tour of the ports and being received by the Flag Officer Commanding (FOC), Western Naval Command, Rear Admiral Samuel Ilesanmi Alade

After a long drawn battle between government and articulated truck drivers for the control of access roads to the Apapa and Tin Can ports, sanity has been momentarily restored to the once troubled Mile 2-Apapa-Wharf-Liverpool-Marine Beach-Ijora corridor.
This long-sought relief came after the Nigerian Navy midwifed a task force, with the combined commitments of all stakeholders operating in the area.
The taskforce codenamed Operation Gbale, a Yoruba word for sweeping, was instituted by the Flag Officer Commanding (FOC), Western Naval Command, Rear Admiral Ilesanmi Alade, to proffer lasting solution to the traffic gridlock that has kept Apapa on…